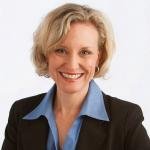 This case shows the difficulty of proving causation in toxic torts litigation. The majority opinion held that exclusively temporal evidence (this harm followed an event, so the event must have been the cause) was insufficient and therefore did not allow the case to be pleaded before a jury.

In his concurrence, Justice Markman elaborated on two points that may have serious consequences for toxic tort claims in the future. First, he wrote that expert witness testimony is necessary when the science of a toxic tort claim is beyond the knowledge of an ordinary juror, which is in most toxic tort cases. Second, to prove causation in a toxic tort claim, the plaintiff must show both general causation (this toxic substance can cause this type of harm), and specific causation (this toxic substance did cause the harm in this case). Though Justice Markman’s analysis is not binding precedent, future plaintiffs in toxic tort suits can assume that his analysis may be highly influential, and therefore problematic for the environment.

The Court was asked to determine whether or not Lowery had proven factual cause in alleging a toxic tort claim. The plaintiff alleged that hazardous fumes from Enbridge’s oil spill caused vomiting and coughing which ultimately led to a ruptured stomach artery. In a unanimous decision, the Court determined that the plaintiff failed to prove that the fumes were the actual cause of the arterial rupture. In a concurrence to the opinion, Justice Markman (joined by Justices Zahra and Wilder) elaborated on standards for expert witness testimony and the proof of general-and-specific causation in Michigan toxic torts cases.

In July 2010, a pipeline belonging to Enbridge Energy Ltd. Partnership burst, releasing approximately one million gallons of crude oil into Tallmadge Creek, a tributary of the Kalamazoo River. The release flowed along approximately 38 miles of the Kalamazoo River and impacted over 1,560 acres of stream and river habitat as well as floodplain and upland areas. The spill is considered the largest inland oil spill in United States history.

Chance Lowery, a resident of Calhoun County whose apartment was located approximately 12 miles downstream of the release and approximately 250 feet from the bank of the river, brought a negligence suit against Enbridge in 2014 alleging that he became ill as a result of toxic fumes from the spill. Lowery alleged that shortly after the spill he began smelling chemicals, which caused him to cough and vomit for several days, resulting in a hospital stay during which doctors identified and operated to repair hemorrhaging in his stomach. Though testimony from the doctor who treated Lowery at the hospital did not indicate that the stomach hemorrhage was the result of chemical exposure, an expert indicated that fumes from the spill caused Lowery headaches, extreme coughing, and vomiting, and that the arterial ruptures were a “proximate cause” of Lowery’s injuries.

The trial court disagreed after determining that Lowery had not sufficiently proven that the spill was the cause of Lowery’s ruptured artery. The Michigan Court of Appeals reversed the decision in 2015, noting that circumstantial evidence and reasonable inference could be enough to show causation, and that a jury trial was warranted. The Court of Appeals decision was reversed by the Michigan Supreme Court in 2017, which held that Lowery’s case for causation relied on “mere speculation and conjecture”, affirming the trial court’s granting of summary judgement for the defendant.

First, did the trial court properly grant summary judgement for Enbridge when it concluded that Mr. Lowery had failed to prove that the oil spill was the cause of his injuries?

Second, is expert witness testimony on causation necessary in a toxic tort case when the science is beyond the common knowledge of an ordinary juror?

Issue #1: The Court (Justices Zahra, McCormack, Markman, Viviano, Bernstein, Larsen, and Wilder) held that a plaintiff may show factual cause through circumstantial evidence, but not through “mere speculation or conjecture”, and that fact-finders are constrained to draw reasonable inferences from established facts. While the Court of Appeals had ruled that the plaintiff’s evidence reflected a “logical sequence of cause and effect,” the Supreme Court held instead that the fact that the plaintiff’s injuries happened after Enbridge’s oil spill was not enough to determine that the spill caused the injuries.

Justice Markman identified that in this case, the plaintiff needed to show that the compounds from the spill were at the level and duration capable of causing the alleged coughing and vomiting, and that the degree and duration of the coughing and vomiting were capable of causing a gastric artery to avulse. The plaintiff’s case fell short because it failed to show what level and duration of exposure would have been necessary to cause his specific injuries. Additionally, Justice Markman concluded that the Plaintiff failed to rule out plausible alternative causes to his injuries (e.g., his medication, or smoking habits).

Issue #2: In their concurrence, Justice Markman, joined by Justices Zahra and Wilder, clarified that expert testimony is required in toxic torts cases when the science is beyond the common knowledge of an ordinary juror. This is in line with Michigan’s general rules regarding the necessity of expert testimony.