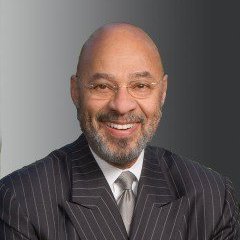 JUSTICE
Dorothy Comstock Riley
How do we get our ratings?
SEE OUR METHODOLOGY
Michigan LCV Analysis

This case examined whether local townships could prohibit a natural gas processing plant from building an additional gas pipeline through the township. The Court held that, under the Township Rural Zoning Act, the township could regulate pipelines passing through it, and that the Supervisor of Wells had exlusive regulatory authority only over gas and oil wells, not pipelines. Pipeline safety is an important concern for townships, particularly when oversight is often underfunded and under-inspected. The Court’s opinion in this case preserved the ability of local communities to protect their natural resources.

Addison Township sued to block construction of a new pipeline for a local natural gas processing plant. The new pipeline was being constructed to bring in gas produced from outside the township. Addison argued that Lakeville Gas Associates was violating the township’s zoning ordinance and special use permit, which were memorialized in the company’s contract with the township and required that the plant only process gas from a field inside the township.

The Michigan Supreme Court had to consider whether the township’s restrictions on the operation of the plant were enforceable, or whether processing plants and pipelines can only be regulated by the state Supervisor of Wells. The Court determined that the Supervisor of Wells only had exclusive control over oil and gas wells, not other aspects of the production process, like plants and pipelines. However, the Court sent the case back to the circuit court to determine whether the township’s restrictions constituted impermissible contract zoning – that is, zoning through contract terms rather than through a local legislative process.

Addison Township contracted with Michigan Consolidated Gas Company to build a natural gas processing plant within the township that would be used exclusively to process gas from a field within the township, Leonard Field. Michigan Consolidated later sold its interest in the plant to Peter Gout of Lakeville Gas Associates, who planned to use the plant to process gas from outside the township. The township challenged the construction of a new pipeline to bring in this gas, arguing that Lakeville was violating the township’s zoning ordinance and the plant’s special use permit. Lakeville had otherwise acquired all necessary permits, and was complying with all state and federal requirements. The circuit court dismissed the suit on the grounds that the Supervisor of Wells (the Director of the Michigan Department of Natural Resources) has exclusive control in this area, and that zoning cannot be accomplished by contract. The Court of Appeals agreed. The Michigan Supreme Court reversed the Court of Appeals without hearing oral argument, but Lakeville asked them to hear oral arguments and reconsider the decision.

Does the Supervisor of Wells have exclusive control over oil and gas production such that Addison Township cannot enforce its restrictions on what gas the Lakeville plant processes?

The Court (Justice Brickley, joined by Chief Justice Riley and Justices Archer, Boyle, Cavanagh, and Griffin) reaffirmed their prior ruling. The Supervisor of Wells has exclusive authority to regulate oil and gas wells, but not other aspects of production, like processing plants and pipelines. The Township Rural Zoning Act (TRZA) gave broad authority to local governments to regulate land use. The only major exception was that the Supervisor of Wells has jurisdiction over the drilling, completion, and operation of oil and gas wells. The Court held that the statutory language and the Legislature’s intent in passing the TRZA made it clear that the Supervisor of Well’s control does not extend beyond the wells themselves, and therefore Addison Township had the ability to regulate how Lakeville used the natural gas processing plant. However, the Court sent the case back to the circuit court to reconsider its determination that Addison had engaged in “impermissible ‘contract zoning’” (or zoning by contract terms rather than through a local legislative process).

Justice Levin, concurring, generally agreed with the Court, but emphasized that the Supervisor of Wells did not seek to exercise regulatory authority over the Lakeville plant. Justice Levin would allow the Supervisor of Wells to exercise authority over processing facilities where the location and operation of the plant may be essential to safe and economical production from an oil or gas well.