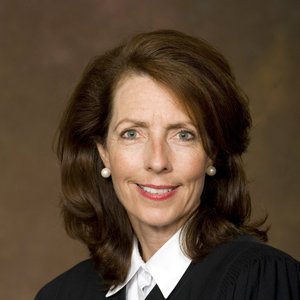 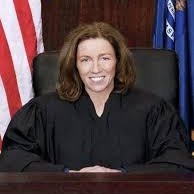 This decision allows the DEQ (now Department of Environment Great Lakes and Energy – or EGLE) to hold a municipality responsible for preventing sewage discharge, even when the municipality itself did not directly cause the discharge. Assuming that municipalities know that they can be held financially responsible for septic failures on private properties, it is more likely that they will take action to prevent spills from occurring in the first place. Therefore, this decision not only increases the number of parties that can be held accountable for harmful sewage discharge, it also increases the likelihood that such pollution is prevented and promptly remedied.

Although this court decision does not necessarily allow a municipality to be held responsible for other forms of pollution by private citizens (like chemical runoff pollution), this decision is notable because Michigan notoriously lacks a statewide septic code, which would help prevent discharges.

The Court was asked to determine whether municipalities can be held responsible under the Natural Resources and Environmental Protection Act (NREPA) for private sewage discharged into state waters. Private homeowners within Worth Township were continuously discharging raw human sewage into state surface waters, causing increasingly harmful levels of pollution. The Department of Environmental Quality (DEQ) sued the Township, seeking an injunction under NREPA that would force the Township to take necessary measures to stop the discharge. The Michigan Supreme Court held in 2012 that Worth Township could be held responsible for the discharge and required to prevent future discharges, even though the sewage was discharged by private parties rather than the municipality itself.

Surveys of water quality conducted by the Department of Environmental Quality (DEQ) in 2003, 2006, and 2008 revealed that surface waters around Worth Township were contaminated with harmful levels of fecal coliform and E. coli bacteria. The conditions were progressively worsening.

It was undisputed that the contamination’s cause was raw human sewage discharged from undersized septic systems on privately-owned properties within Worth Township. There was no municipal sewerage system located within the Township. Therefore, in 2004, the DEQ and Worth Township entered into a district compliance agreement, wherein the Township agreed to construct a municipal sewerage system by 2008. The Township failed to construct the system, citing a lack of funds. As a result, the DEQ filed this action seeking injunctive relief under NREPA to compel the Township to prevent the discharge of raw sewage.

The trial court ordered Worth Township to take corrective measures to prevent the discharge of raw sewage. On appeal, the Court of Appeals reversed the trial court’s decision and remanded for an entry of summary disposition in favor of the Township.

Can a municipality be held responsible under NREPA for raw sewage discharged into state waters by private citizens within the municipality’s borders?

The Supreme Court reversed the Court of Appeals judgment, holding that a municipality such as Worth Township can be responsible for, and required to prevent, a discharge of raw sewage that originates within its borders—even when the raw sewage is discharged by a private party and not directly discharged by the municipality itself.

Chief Justice Young’s dissent interpreted the statute differently. He stated that, according to the plain language and grammar of the provision, the township could avoid responsibility by proving that a different party caused the discharge.