One day in 2014, Brigitte got a phone call from someone at Michigan LCV.

It was Michigan LCV’s Southeast Michigan Regional Coordinator, Henry, and he was asking for phone bank volunteers.

It didn’t take long for Brigitte to make up her mind. 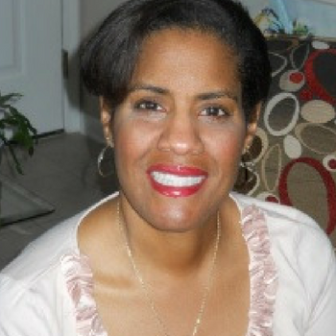 Brigitte was excited for the opportunity for a couple reasons.

One, she had recently moved to Ypsilanti from Chicago and was looking for a way to reconnect with the people of her home state of Michigan and to really make a difference in her community, now that she’s “embarking on the other half of her life.”

Secondly, as a mother and a clinical social worker, she has been passionate about clean air and water her whole life.

In particular, the safety of the air we breathe has always been on Brigitte’s mind.

That’s because she’s had allergies since she was eight, which later developed into asthma, and her son has asthma as well.

“And I tell anybody,” she says, “asthma can kill you.”

Brigitte also has multiple sclerosis. “Anything regarding that,” she says, “I try to stay up on.”

It means she can’t volunteer in all of the ways she would like to, but phone calls? Not a problem.

In her career as a social worker, air quality was something Brigitte had to think about every day, since it has that big of an impact on the health and happiness of so many families.

As an example, she brings up a sociological study conducted in Chicago that has never left her mind.

The study found extremely poor air quality in certain neighborhoods of the city.

The lower the income of the residents, the more dangerous the levels of pollution.

It doesn’t take an expert to see the connection between the patches of poor air quality and the poverty of the people who live there.

Brigitte points out you can literally see “where it’s poor at,” based on the quality of air that people in a neighborhood breathe every day.

And then the study compared asthma incidence. “Way out of control,” she says.

The highest levels were in the very same areas of the city plagued by chronic air pollution and poverty.

As a social worker and an American, Brigitte strongly believes that people shouldn’t have to suffer health problems just because of where they live.

It makes no difference if you’re in the city, the suburbs, or out in the country. Everybody deserves to have clean air, clean water, and while we’re at it, clean soil.

You name it, clean rivers and lakes. We deserve that. That’s the least that We the People deserve, to exercise our rights as people. To say ‘Hey, this is not gonna happen.’”

For Brigitte, environmental quality is a simple question of our basic rights as Americans.

She believes we should have a right to clean lakes with fish that are safe to eat, something she doesn’t have, as a resident of the Ford Lake area.

“It makes no sense that I live by a lake and I can’t even stick my fishing pole in there and eat the fish that comes out of there.”

And the Flint water crisis has her completely disappointed in her state government.

As a mother herself, she can’t stand to see children come to harm.

“The injuries they have received from drinking lead-tainted water are going to affect them for the rest of their lives. To me that is just so sad… Not in America. Just not in America, that’s all I can say about that.”

That’s why Brigitte turns to organizations like Michigan LCV, to give a voice back to the people.

She’s had a great experience calling voters in her community to talk about how the issues and the candidates on the ballot will impact the health and happiness of citizens in her city and state.

She loves the fact that Michigan LCV is bipartisan, too.

Because the environment isn’t just something for tree-huggers, the way Brigitte sees it.

She thinks that everyone is an “environmentalist,” as long as they’re thinking.

While she does get frustrated by the way the cards are stacked against marginalized communities and yes, against the polar bears too, Brigitte has a lot of hope.

Especially through the people she got to meet while volunteering for Michigan LCV, she knows that she is far from alone in the fight for change.

I really do think that maybe, just maybe, we might get somewhere,” she says.

And where is Brigitte going next?

“I can’t wait until November, to really get into the general election. I’ll be there. Not a problem.”

So far this year, Brigitte has logged a whopping 163 phone calls for conservation candidates!

Awesome volunteers like her have been on the phones and at the doors for weeks!, Do you have a few hours you can spare between now and November 8th? Don’t wait–sign up right here: